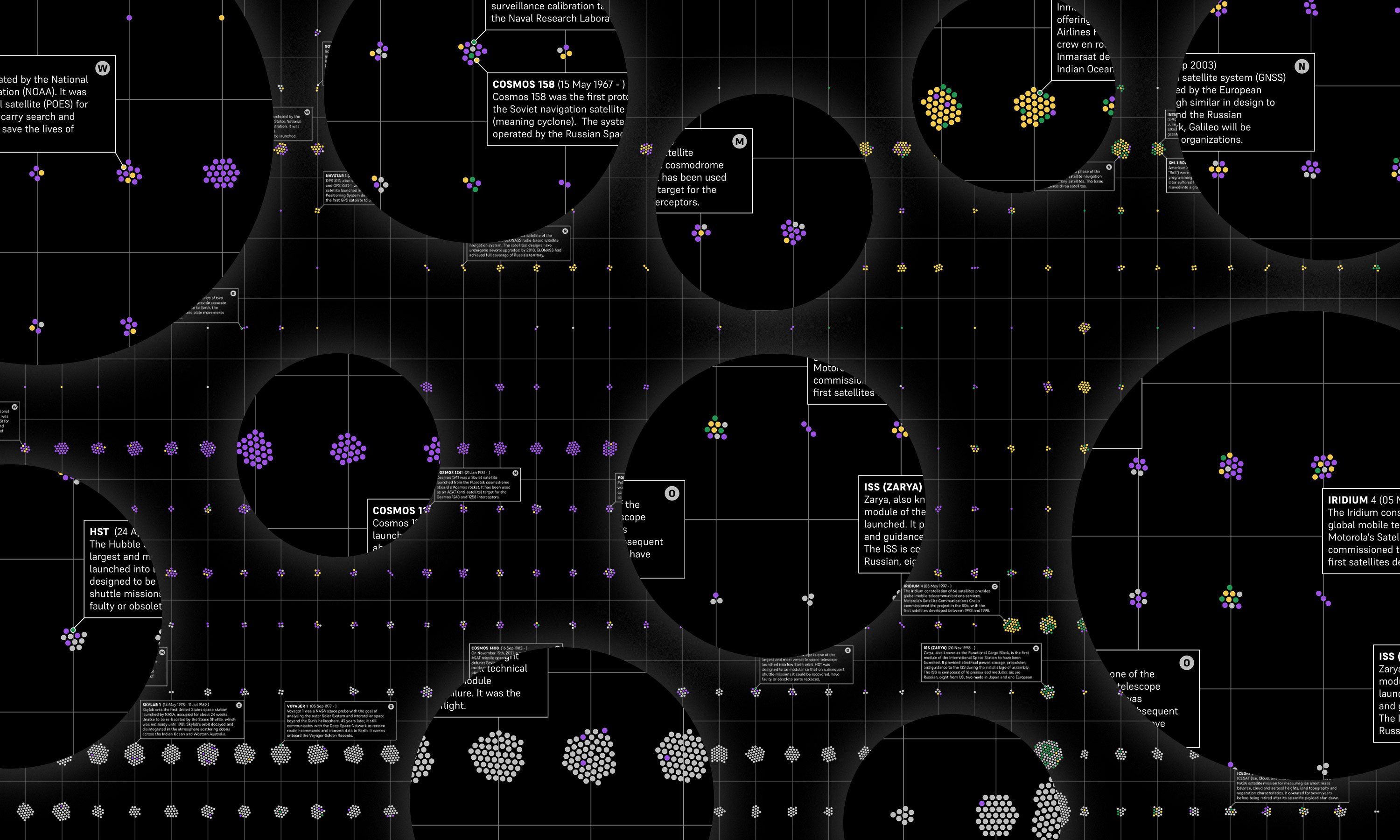 “Satellites Charts” plots past and current artificial satellites orbiting around Earth, pointing out how our terrestrial life became so dependent on what we sent out in space.

“Satellites Charts” examines current and past artificial satellites orbiting around Earth, pointing out how our terrestrial life became so dependent on what we sent out in space. With topics ranging from space exploration to space pollution, communication, and warfare, the data visualization functions as an index to unlock related stories. More than eight thousand satellites are plotted on the chart: the data show how many satellites are still operational or decayed, who launched them, and in which years.

Displaying such information on a flat design allows the viewer to zoom in and out in time. In 65 years of space history, we slowly built an extension of Earth's infrastructure above our head, an extra level of data collection and exchange. Satellites are essential technologies that must be constantly safeguarded, especially from human threats: jobs, services, social gatherings, transport, and communications are strictly dependent on the network of artificial bodies monitoring the planet. It is impossible to imagine our current living standards and global connections without the data transmission between satellites and Earth stations. This is what keeps the world spinning. 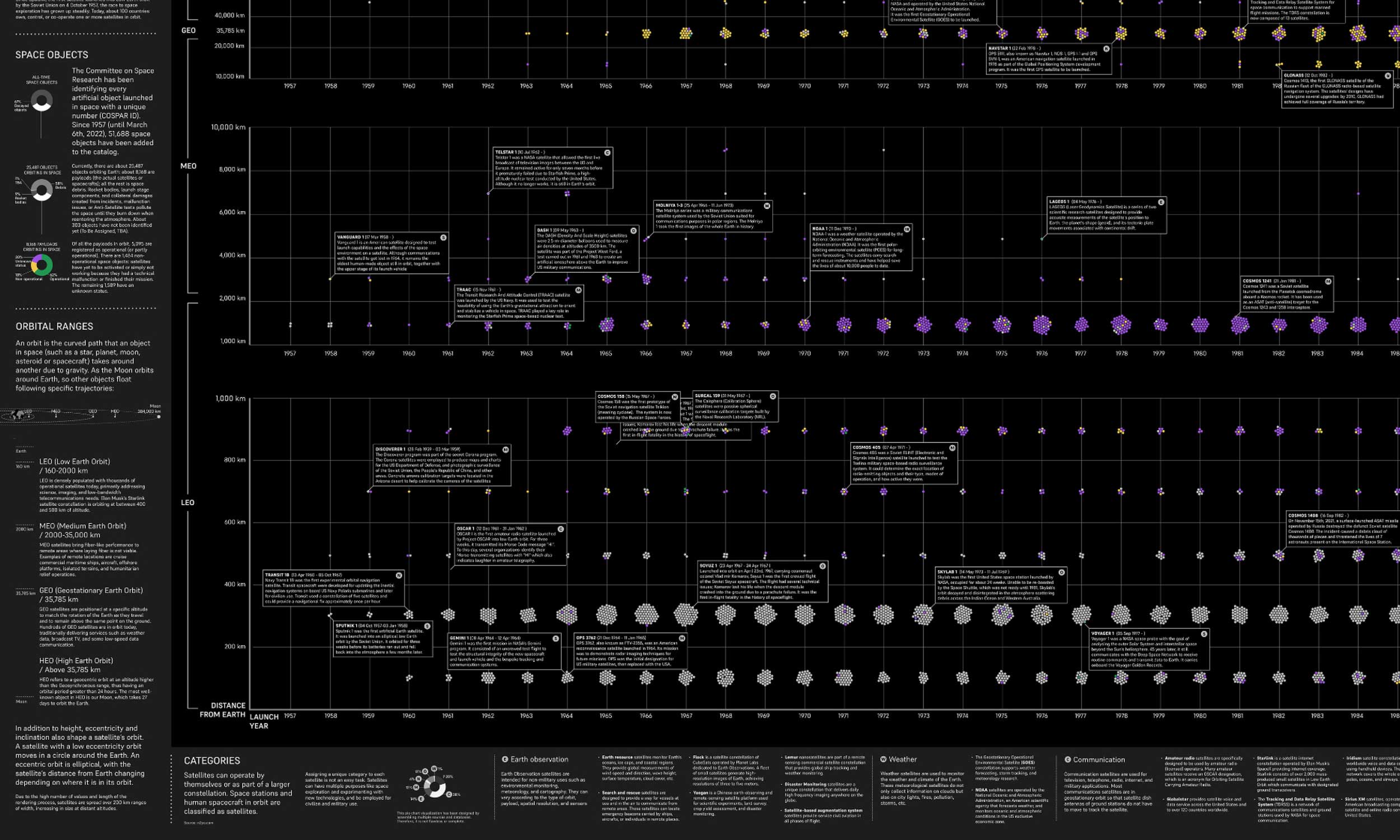 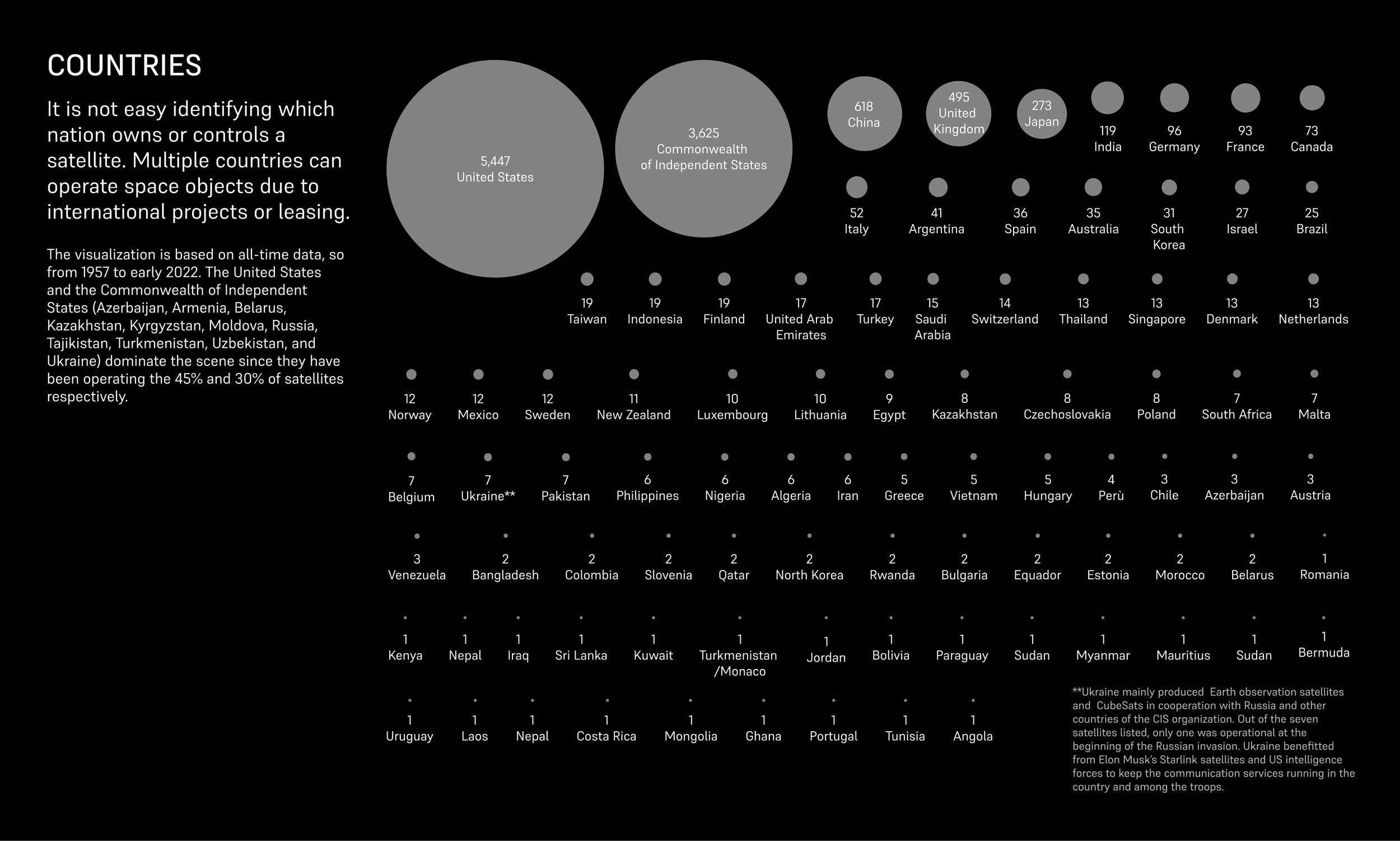 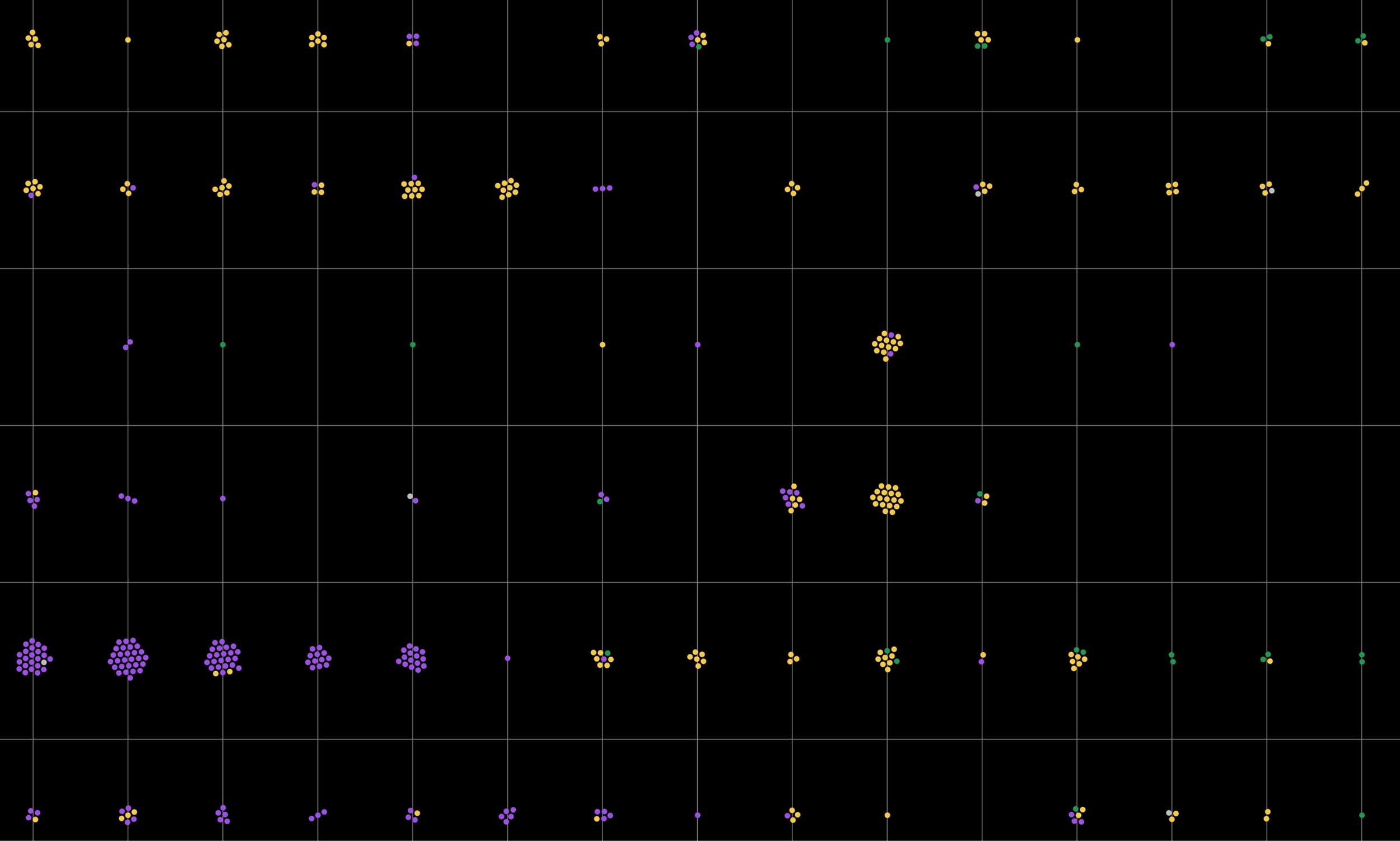 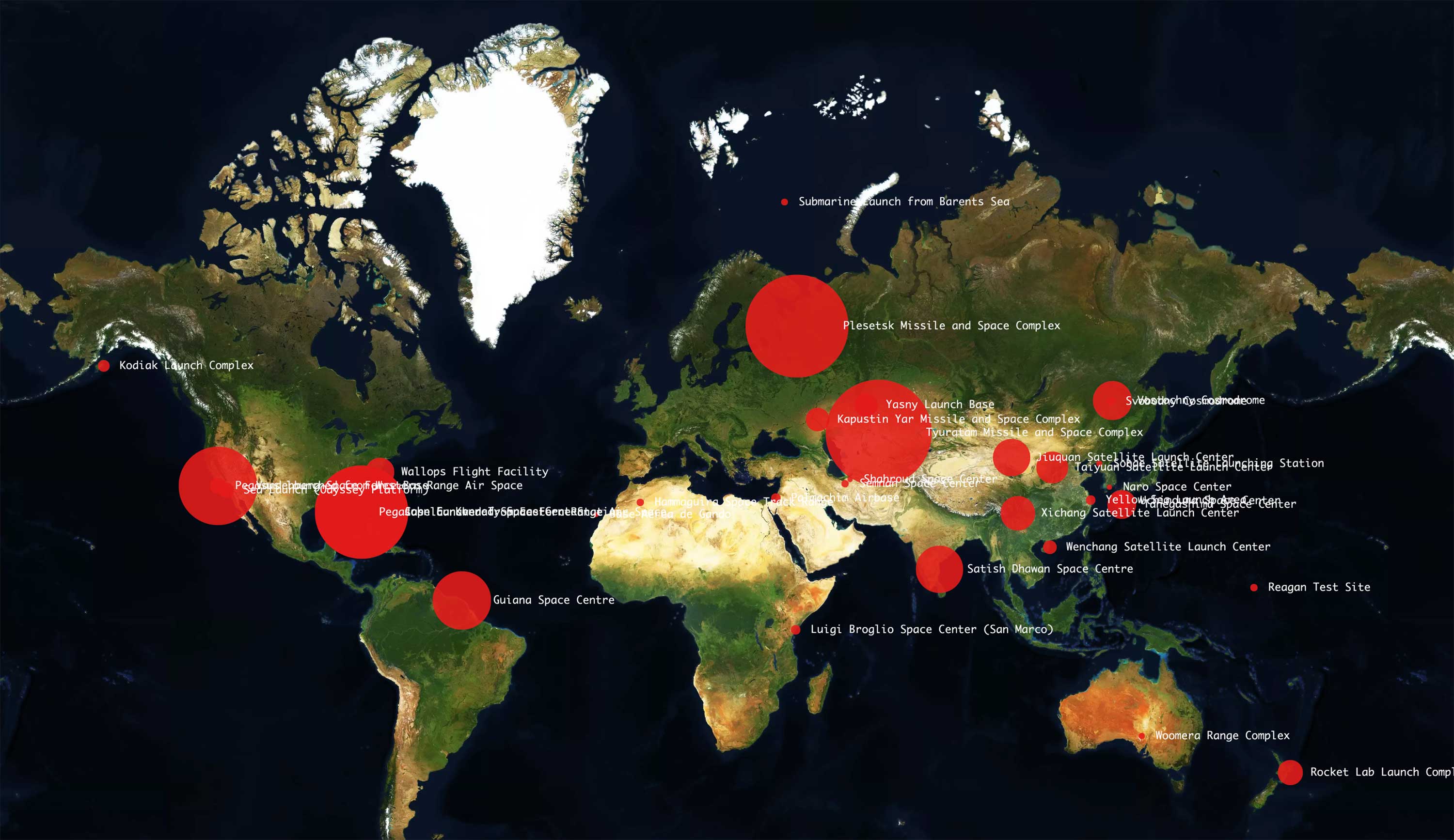 An interactive map showcasing where satellites and spacecraft are launched to space.


A spaceport is a place for launching (or receiving) satellites and spacecraft. As much as a seaport or an airport, it is a logistic hub designated to control spaceflight activity. Today, 27 locations in the world are categorized as spaceports but several satellites have also been launched from missile test sites, from aircraft, submarines, and sea launch platforms. The map showcases satellite launch sites collected from a dataset of 11,972 payloads that successfully reached Earth’s Orbit between 1957 and 2022. 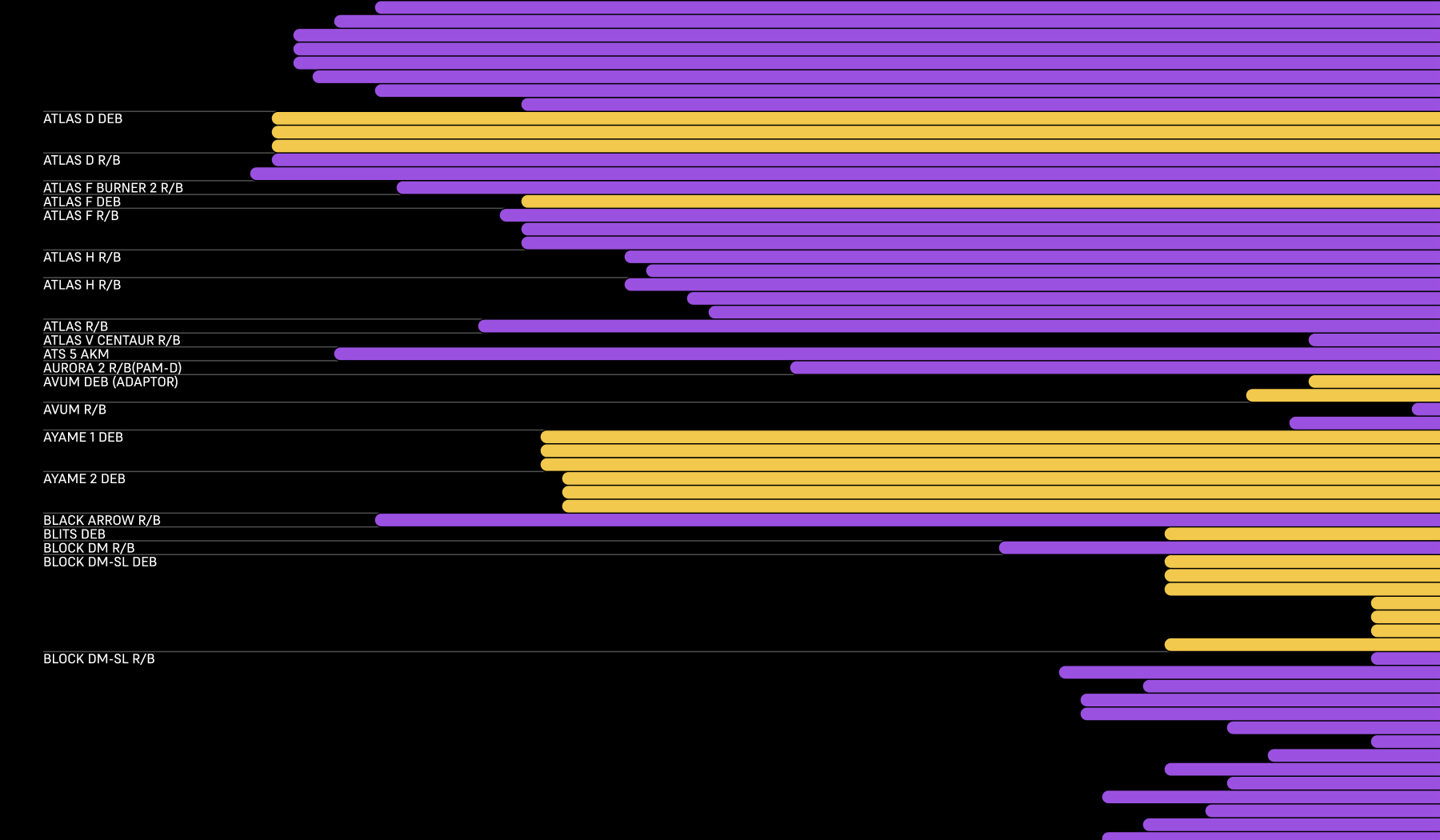 An overview of tracked space junk, from the oldest fragments still on orbit to the most polluting space collisions


Since 1957, tonnes of rockets, spacecraft and instruments have been launched to space. Numbers have continued to increase and explosions and collisions in space have created hundreds of thousands of shards of dangerous fragments. It's time to clean up not only our planet Earth but her orbit as well. 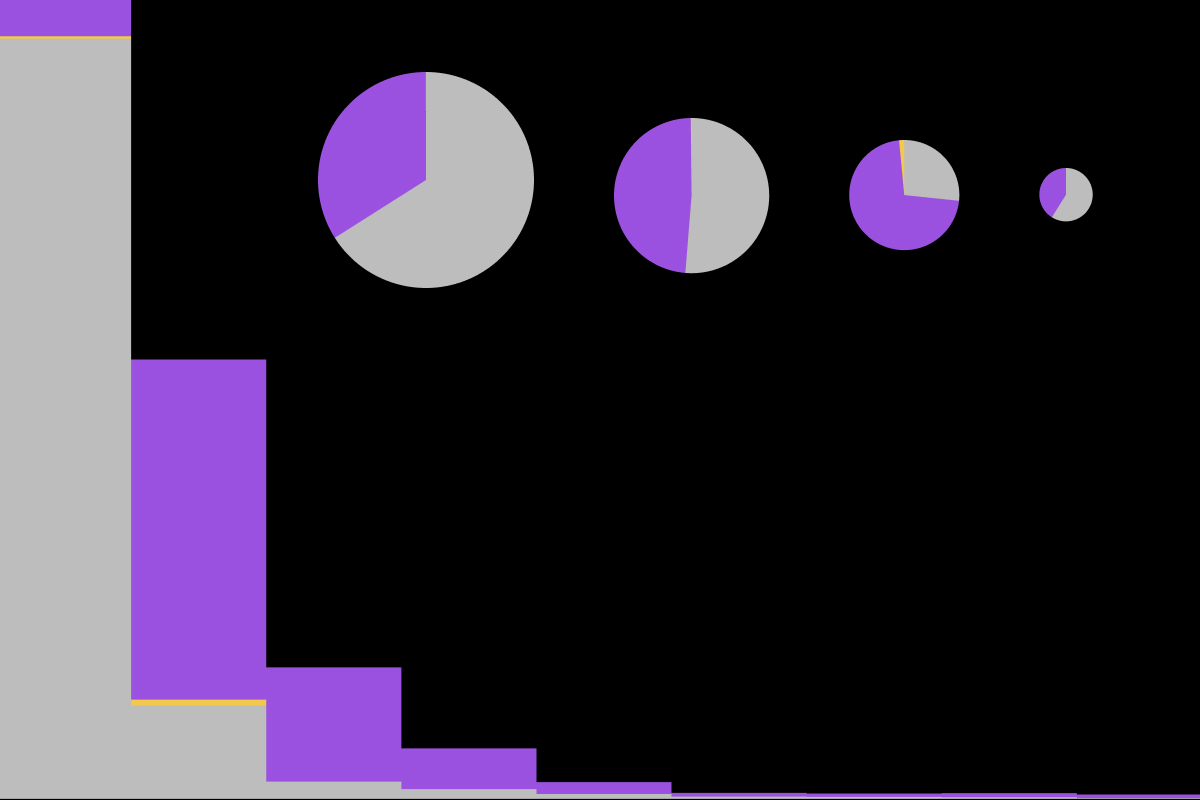 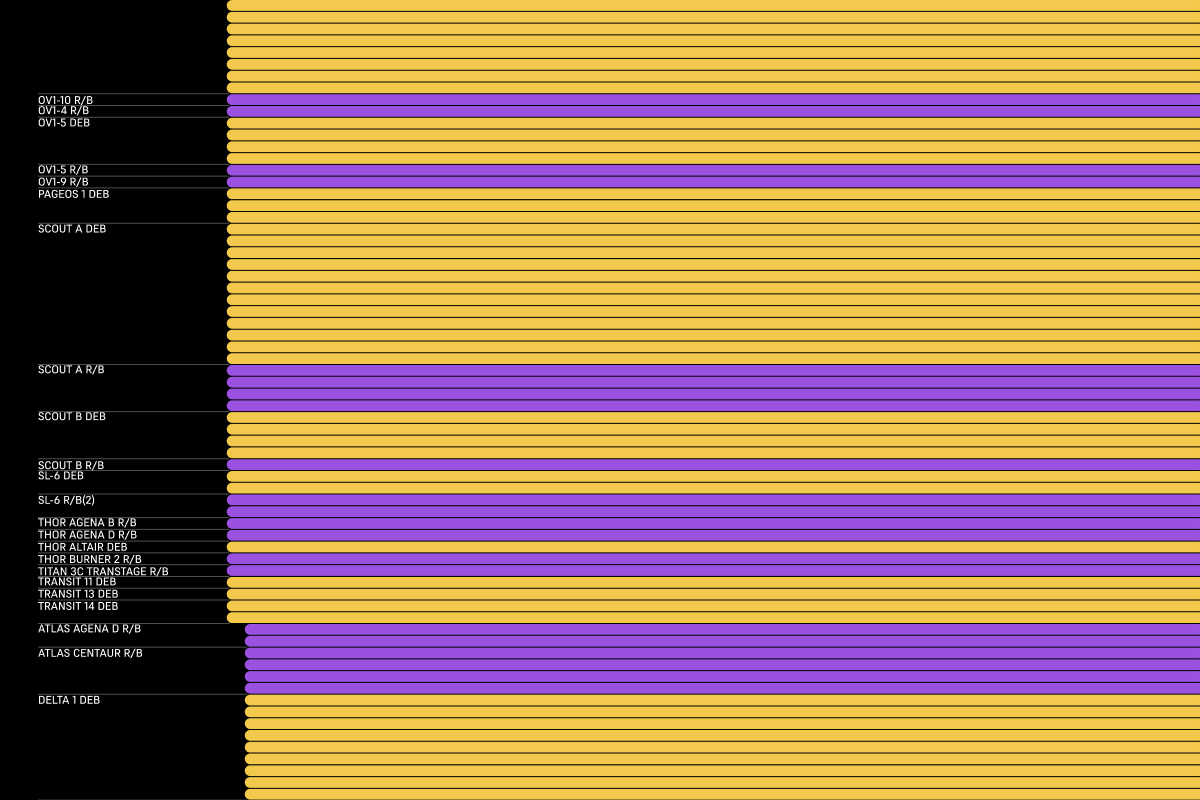 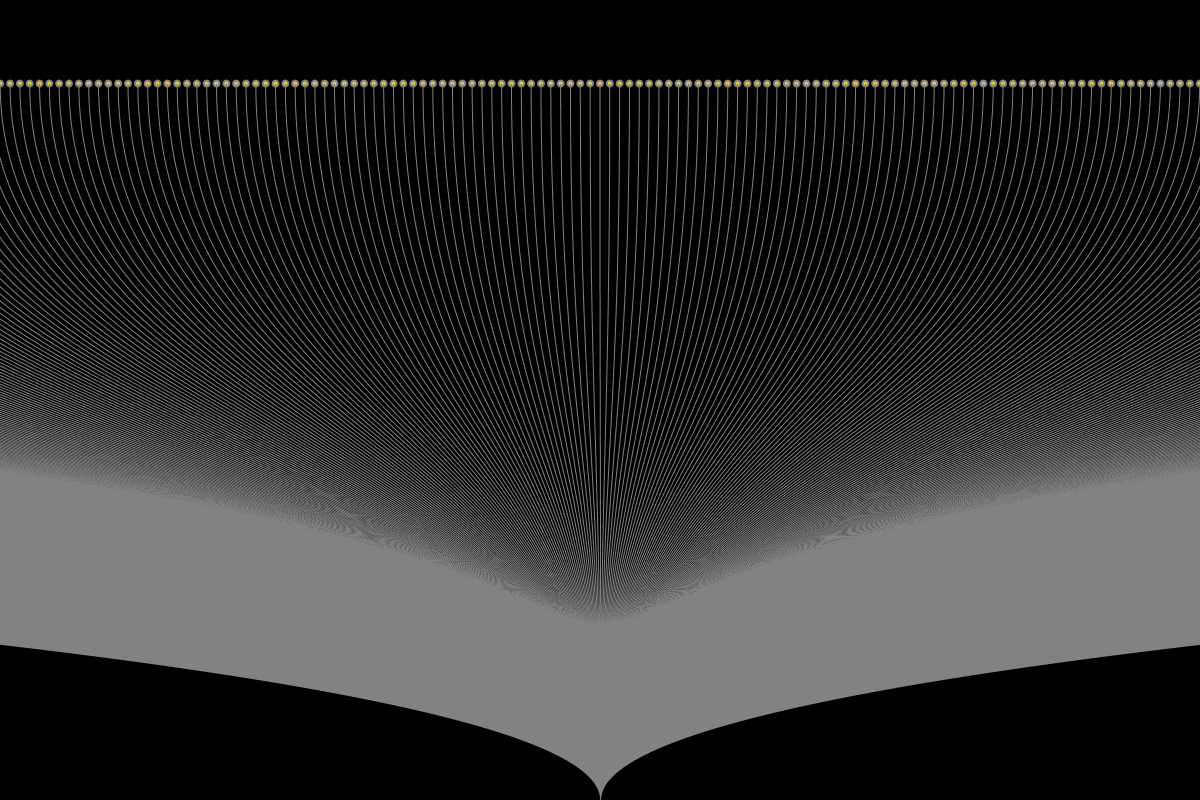 DEBRIS STORIES ↗ ︎
The top 10 groups of debris so far

The starting point of the research was an Anti-Satellite (ASAT) test carried by Russia on November 15th, 2021. On that day, Russia intercepted one of its defunct satellites with an Anti-Satellite test, creating a cloud of space debris that threatened the astronauts present in the International Space Station. Conducting ASAT tests is a common practice since the 60s, but no country intercepted such a large target before: the debris will likely stay in orbit for years. The research project initially examined the current and past state of space objects, focusing on possible satellite threats. The goal was to define the major powers with active counterspace weapon systems and to give a glimpse of the consequent space pollution.

By digging into the material, the research focus has been extended to the whole number of space object orbiting Earth. On October 4, 1957, the Russian Sputnik 1 was the first-ever artificial satellite successfully placed in orbit around Earth. Documented as number 1, today the space objects catalog lists more than 51 thousends items. Half of these are currently active as of March 6th, 2022; 25,300 space objects (satellites, payloads, rocket bodies, debris) floats above our heads, constantly tracked to avoid possible collisions with manned spacecrafts, among other objects, or towards the planet.

“Satellites Charts” has been realised for the Randr Satellite Project, a digital exhibition focusing on projects dealing with political design. Self-organized by two former students from the School of the Art Institute of Chicago, the exhibition included works from designers based in the United States, Pakistan, China, and Italy.

The project was further developed a few months after the online exhibition. More charts and topics (focusing on the geography of launch sites and the past and current space junk) were added as updates. The high number of data (combined by merging multiple databases) made it difficult to work with live data as well as coding an interactive visualization. Due to the limited coding skills of the author and the tight deadline, working with a 2D visualization has been the most optimal solution.